I'm proud to share the trailer for One Million Bones -  a short doc on a massive art installation, a "visual petition," designed to bring attention to genocide and atrocities around the world. My small contribution was to cover the Seattle installation. Despite the weight of the subject matter the shoot was a real pleasure. Helping a group of passionate people on a project that really made an impact was a truly rewarding experience.

The full 16 min short launches May 4th!
Posted by Unknown at 8:48 AM No comments:

Bring The Creepy To Your Couch.

You're a patient little puck and patience should always be punished rewarded. 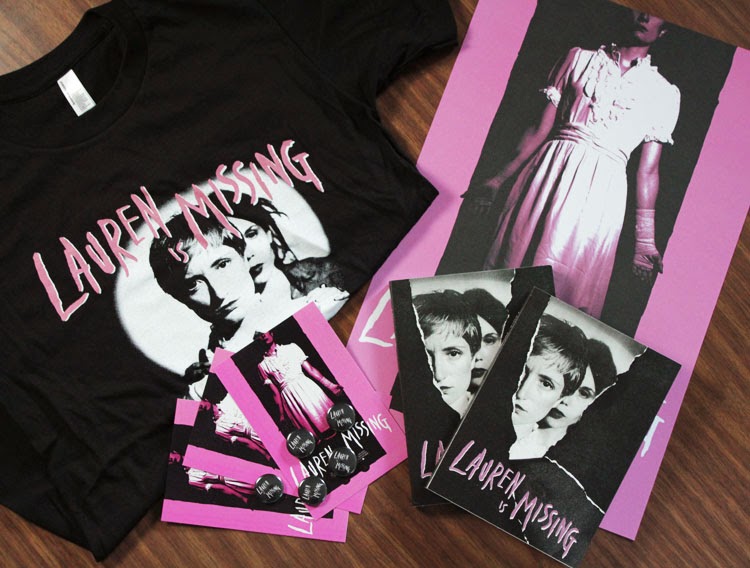 Of course, if you like physical goods, you can also score the Bluray / DVD / Download there too along with all sorts of goodies like t-shirts and posters as well as a discounted goodie pack of all the Lauren stuff you could ever need.

If streaming is more your thing, you're in luck.  We just got picked up on IndieFLIX.  If you join now you get a year of streaming for a measly $15.  Hurry up cuz the regular cost is $75.  That's all the indie streaming you need on your laptop or xbox!

http://indieflix.com/indie-films/lauren-is-missing-37208/
Posted by Unknown at 4:05 PM No comments:

The Reviews Are In!

We got some reviews in for Lauren Is Missing from Ain't It Cool News and The Stranger.

Aint It Cool seemed to dig it, while The Stranger dug about 75% of it.  Read on to find out what they have to say and watch the movie to see if you agree.

Quirky is the best way to describe LAUREN IS MISSING, an indie gem that is touring the festival circuit at the moment and hopefully will find its way into your eye sockets some time soon. With a small yet talented cast, this film is bound to freak some people out and charm others. I felt a little of both after watching it.

Kirsten Barber wrote the story and plays Lauren, a roommate of Mia (the film’s actual star, played by the tragically plucky Maya Lawson). Mia arrives at the apartment after an extended trip to find the place in disarray and Lauren nowhere to be found. After multiple attempts to contact her, Mis gives up and finds a new roommate Millie so she doesn’t get evicted. She also finds a job at a taxidermy shop and notices a blind man outside of her apartment who seems to be staring in at her from the sidewalk. Soon, Mia (Erin Jorgensen) begins to think something is amiss with her flaky roommate Lauren’s disappearance, but by then, it’s too late.

LAUREN IS MISSING is one of those films which takes you on a journey through the perspective of one person. And this person is slightly off kilter. As it is explained at the beginning when Mia attempts to get her old job back at the video store, Mia is one of those cracked eggs. She’s seen as toxic at the store, and they are happy as clams to keep her off of the schedule indefinitely. We also see Mia doing some pretty peculiar things, like firing at those who pass by her window with a toy gun and refrigerating the squirrel she hit on her scooter. So, right off the bat, this is one of those films that feels like you can’t trust what’s going on because the protagonist is nuts.

Michael Harring directs from Barber’s engaging script and was able to keep me enthralled in Mia’s antics through the entire film. Though not a lot is accomplished, Harring allows the camera to just follow Mia on her journeys, and she is a fascinating little sprite to follow. I especially like the alone time Harring’s camera focuses on, showing Mia’s loneliness and attempts to connect despite her disconnection with everything around her. As she developed a friendship with Millie, I began to suspect that Millie even existed at all. Maybe I’ve just seen too many films to trust them any more, but while everything is not explained by the end, you’re going to get a sense that you’ve lived in the crazy skin of Mia and that crazy isn’t all bad, but it usually ends badly.

Filled with little moments of fun that make you feel like you are looking in on someone’s diary (like the scene where Mia and Millie look through Lauren’s diary she left behind), LAUREN IS MISSING doesn’t really get horrific until the final moments as it skews into a surreal lullaby, but the trip to the end is one filled with plenty of precious moments spent with a fascinating, yet batshit, protagonist.

Next is Seattle's own David Schmader for The Stranger:

Michael Harring's effectively creepy mumblecore psychodrama concerns Mia (Brand Upon the Brain!'s Maya Lawson), a punky young woman who returns to Seattle to find her life in strange disarray: The job she'd hoped to reclaim is gone, her roommate is missing (along with the rent money), and every once in a while, an odd man drifts by in the periphery. Things click into focus with the appearance of Millie (Erin Jorgensen), a confident, charming young woman who claims to be a friend of the missing roommate and quickly insinuates herself into Mia's life—hanging out on her couch, helping her throw a yard sale, even getting her a job at the taxidermy studio where Millie works. (Best known as the marimba player with the French Project, Jorgensen does a strikingly good job playing Millie, and the scenes of the women's friendship growing before our eyes are the film's best.) Slowly but surely, things get crazy, in a variety of Vertigo-meets-Single-White-Female-meets-Fight-Club-y ways, and director Harring hits us with some audaciously scrappy cinema tricks, all but re-creating Vertigo's Dali-inspired freak-out with stop-motion construction paper. But the ending's a cheap, confusing cop-out that you'll hate extra hard because the preceding movie was so interesting.

Finally, Kyle McKinnon wrote this sweet write up for our Sidewalk Film Festival premiere (full disclosure, Kyle's a friend and co-wrote the music for The Mountain, The River and The Road as well as my upcoming short film, "Pets."): 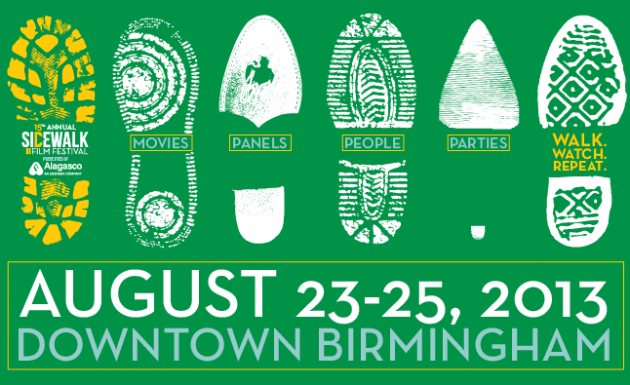 It's been several years since director Michael Harring brought us The Mountain, The River and The Road  - a charming road trip turned romantic drama. I'm not sure what traumatic thing happened to Harring since then, because Lauren Is Missing  is hardly romantic and is 100% bizarre.

Mia returns from out of town to find her belongings boxed up and no sign of her roommate Lauren. She gets fired from her job and runs over a squirrel. From there, everything about her life and identity changes, and a foreboding, mysterious threat lingers around the corner.

Definitely one the most peculiar films we're showing, Lauren  (in all of its DIY glory) rides a wild wave of paranoia, rock music and cheap beer, escalating into a nightmarish vortex of mystery.

Posted by Unknown at 3:47 PM No comments:

If you haven't seen it yet, there was a great article in the Seattle Times on Monday about Local Sightings and there was even a shout out to Lauren.

See you September 28th at 7pm!

http://seattletimes.com/html/movies/2021863722_localsightingsxml.html
Posted by Unknown at 4:38 PM No comments:

LAUREN at the NORTHWEST FILM FORUM!

SATURDAY, SEPTEMBER 28 at 7pm at the NORTHWEST FILM FORUM as part of this year's
LOCAL SIGHTINGS!!!

Making it even more special - ROGER HAMEL, the real-life taxidermist who plays Roger the taxidermist in the movie will be there in person!

Invite your friends and spread the word with the OFFICIAL FACEBOOK EVENT PAGE.

Look forward to seeing you there!
Posted by Unknown at 9:15 AM No comments:

I'm so stoked to post that LAUREN IS MISSING, my most recent feature film, is making its premiere at Sidewalk Film Festival on August 24th @ 9:30 pm.

If you're not as excited as I am, why don't you try this trailer on and see what you think.

Kinda like The Tenant and Mulholland Dr. had child that came of age in an underfunded orphanage.

Hope to see some of you there!
Posted by Unknown at 9:29 AM No comments:

THE MOUNTAIN, THE RIVER AND THE ROAD on XFINITY 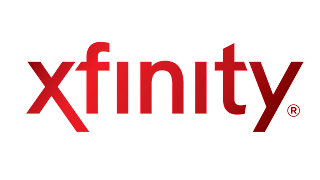 Super-slow to post this, but I've got great news for Xfinity subscribers who haven't seen The Mountain, The River and The Road.  Right now you can stream it for free!

Members CLICK HERE NOW and get back on the road!

Email ThisBlogThis!Share to TwitterShare to FacebookShare to Pinterest
Labels: screenings, The Mountain The River and The Road, xfinity
Older Posts Home
Subscribe to: Posts (Atom) 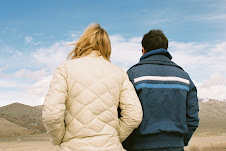 The Mountain, The River and The Road